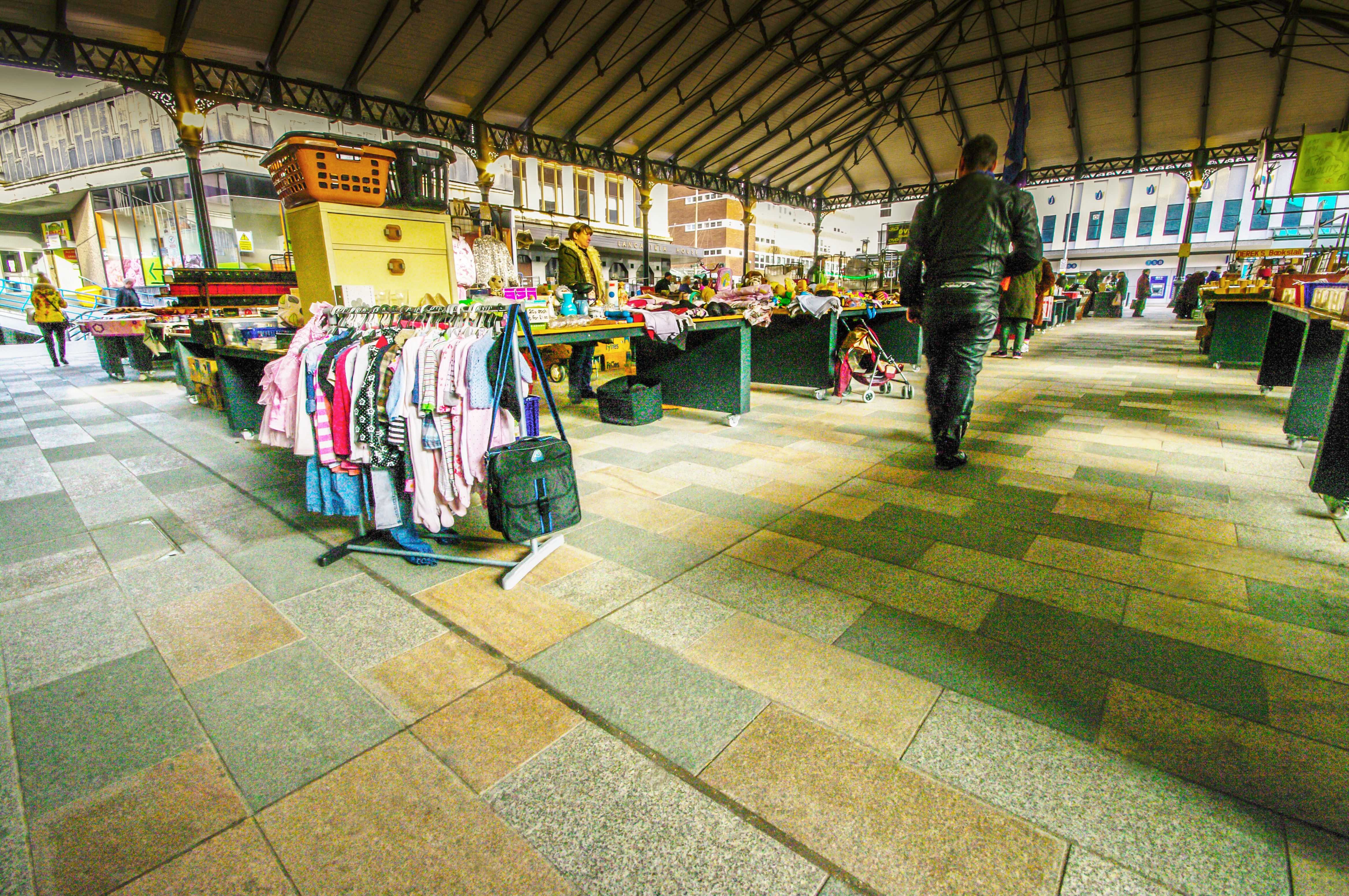 In February 2018 Preston’s much anticipated multi-million-pound market hall opened its doors to customers for the first time. The new facilities are housed underneath the restored Victorian Canopy, which dates back to 1875, with huge glass walls creating an open atmosphere with plenty of routes in from the streets surrounding the central location. Outside the hall is the refurbished outdoor market space and Box Market shipping containers that are tall enough to walk inside. These containers are used by traders on the former Fish Market as a base from which to sell their goods. The official opening took place in March and the ribbon was cut by Leader of Preston City Council, Councillor Peter Rankin and the Mayor of Preston, Councillor Brian Rollo. They were accompanied by Councillor Robert Boswell and trader Sam Livesey from Livesey’s Butchers at the civic ceremony held on Saturday the 10th March.

Preston City Council had decided it was time for a new market that would move away from a traditional outdoor market, to one based indoors. The aim of the indoor space was to keep shoppers and traders warm, but also to attract more people, both old and young, with a modern vibe through weekly music entertainment, a craft ale bar and also a Caribbean food stand. The structure of the building also came under discussion, with the council wanting to stay away from a dark, under-lit market thus installing 360 glass panels to let in more light and give the market a bright, fresh and welcoming feeling.

Councillor Robert Boswell, deputy leader at Preston City Council, said, “This magnificent structure propels Preston Markets well and truly into the twenty-first century, whilst being sympathetic to its heritage.” The stand-out feature of the scheme is the colour mix of granites used. It is unusual to see Kobra Green mixed with the Buff-coloured Magma with the Classic grey colour, but this helps to give the palette a true balance. The colours also complement the rest of the paving works laid in Fishergate, where Magma granite was used extensively.

A collaborative Hardscape Chinese granite palette provided a sharp yet warm and welcoming feeling to three different areas of the market. The main stand area was laid with a mix of Magma, Kobra Green and Classic granite – all of which were flamed, in 600x300x70mm and 784.67m2 of each type. The lay-by area featured 253.27m2 of smaller Kobra granite setts in 150x150x70mm, and finally at Starch House Square, which boasted 627 m2 of the Magma granite on its own. The new Preston Market has provided a real ‘buzz’ to the city, attracting customers old and new. Ian and Jane, Preston locals, said “We’ve been coming for 14 years for the quality, locally-sourced produce and friendly service. We love the new indoor space. It’s a shame it isn’t even bigger!” The modern vibe of the market has certainly contributed to its success, as we see more and more modernised markets develop and open up and down the country.

Hardscape was proud to provide additional paving to Preston again, and not just the market, to give the city a consistent paving colour and material structure, which aims to attract even more people to the renowned ‘administrative centre of Lancashire’.