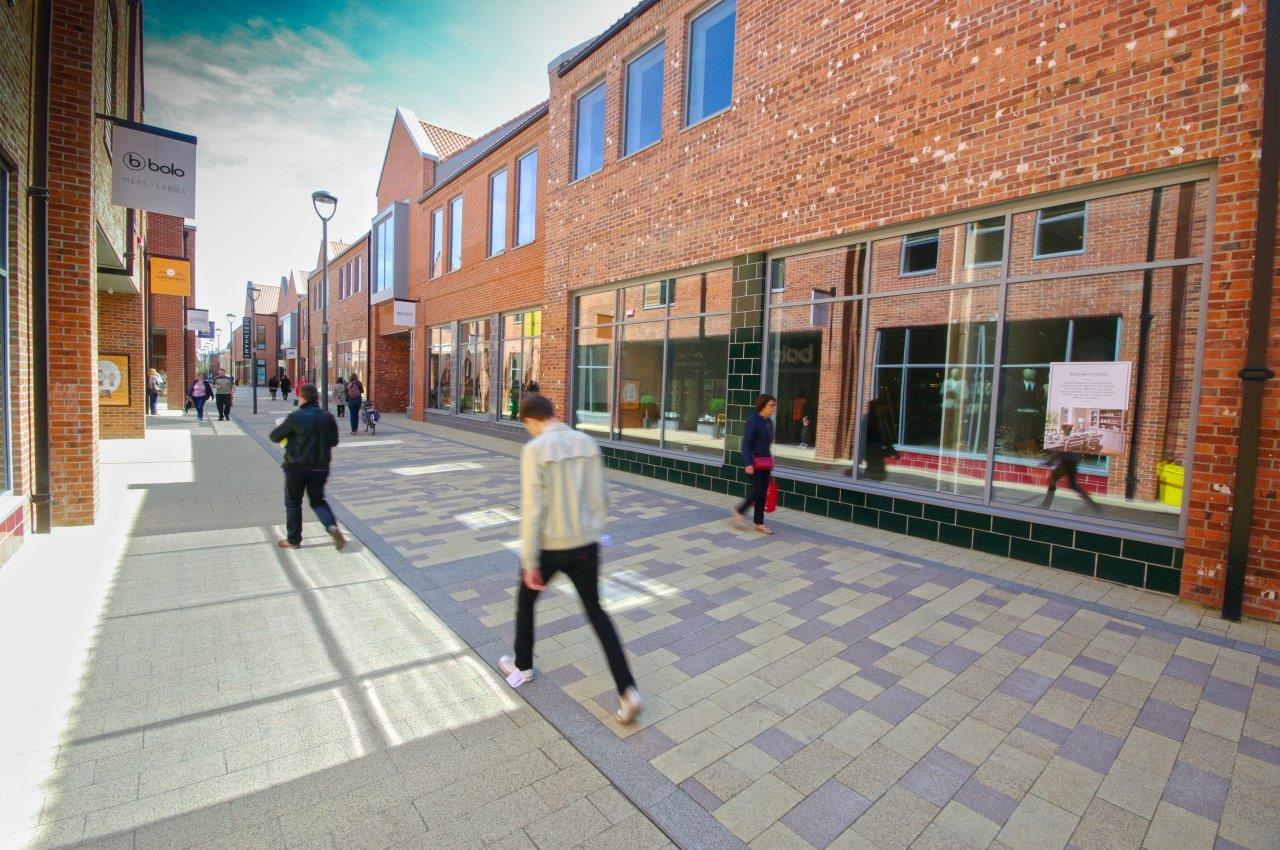 The former 16-acre derelict industrial heartland was re-designed to harmonise with the existing urban surroundings of Beverley Town Centre. The public realm’s striking new identity was part of a regeneration scheme that resulted in the largest development of its kind in the town. Hardscape supplied a unique mix of colours and materials for the paving around the entire shopping quarter. The high-street paving laid was Kellen concrete with a Lavaro finish – a water etched top surface. It used a mix of non-traditional colours, including Geel and Geel Bruin in warm beige and deep orange tones, which complimented the lighter orange traditional brick coloured walls of the surrounding buildings.

Tower Sandstone was also used due to it’s durability, including withstanding freezing temperatures after years of exposure to the elements – making it perfect for outdoor public spaces that receive a high volume of pedestrian traffic.

The open square created a scenic setting with a tranquil feel featuring Neland Dutch clay paving – in a striking Padova red – to add an element of detail to the flooring. Concrete, with a Newgrange finish in Silver Granite, also helped to define the walkway. The shopping and leisure facility accommodates 16 shops, as well as a hotel and new campus for the East Riding College. In total, 700 new jobs were created through the regeneration scheme, breathing life back into the small Yorkshire town by attracting new tourists to the historic area.

Andy Sinclair at Vector Design Concepts said: “Working alongside Hardscape, we transformed the public realm space to include a new campus for Beverley College as well as a cinema, new retail units and offices. The updated space sympathetically integrated into the existing urban surroundings, while creating a distinct identity through the newly designed streets, squares and garden.”