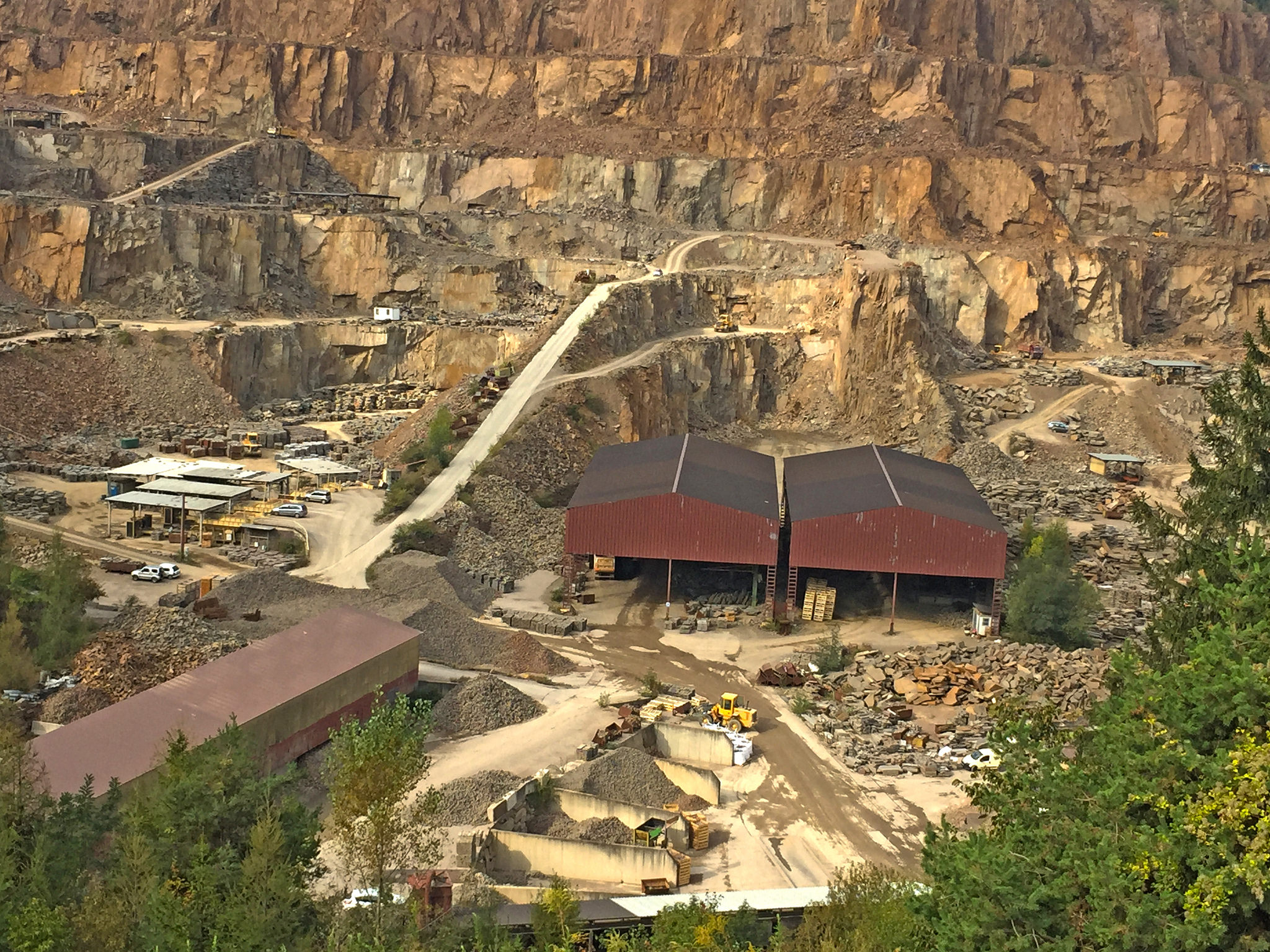 Key Hardscape team personnel and invited guests recently visited the Albiano region of Northern Italy where Hardscape sources the most durable of natural stone; Prima Porphyry which is quite unlike other quarried Porphyry in Northern Italy due to its geological make-up detailed mainly in its extraction process and the unique thickness of the material that gives it, amongst other attributes, a high resistance to transverse breaking loads in-turn qualifying the material for trafficked areas and superior paving design. Notably too, after years of weathering the material from this region, produced via a longstanding, traditional family business, maintains its typical beauty and strength. During the educational visit Hardscape evidenced the quarry beds of the material along with its rich aesthetic diversity; a diversity which when selecting the material can be controlled by a thorough quality control process to deliver a rich blend of violet, oxides, browns and grey percentages as required by the discerning clientele. In addition, visitors witnessed first-hand the sawing and finishing processes followed by packing and dispatch to the shipping port. Examples of Prima Porphyry used in the UK and Ireland can be found at numerous Hardscape-supplied schemes, notably Cathedral Gardens in Leicester, Hans Crescent (Outside Harrods), London and recently Holywood public realm in North Down, Northern Ireland.

Hardscape provide a single point of contact to its clients and deliver via an honest, transparent, ethical supply chain adhering to Ethical Trade standards (as Achiever Status Members of ETI) and a Corporate mandate of awareness and diligence with regard to the The Modern Slavery Act which came into effect on 29th October 2015.

The trip was thoroughly fulfilling and everyone came home suitably impressed, educated and so much more aware of the attributes of Prima Porphyry for specification within the public realm in the UK and Ireland.