It’s been over six years now since the garden celebrating the life and times of former England manager Sir Bobby Robson officially opened back in May 2011.

The memorial, which was produced by north-east-born sculptor Graeme Mitcheson, sits close to NUFC, home of the club Sir Bobby supported as a boy and managed for five years between 1999 and 2004. The aim of the garden was to provide an escape from the hustle and bustle of the city and a peaceful area for relaxation and reflection in the heart of the city with the sculptural work celebrating Sir Bobby’s career right up to his work for the Sir Bobby Robson Foundation. 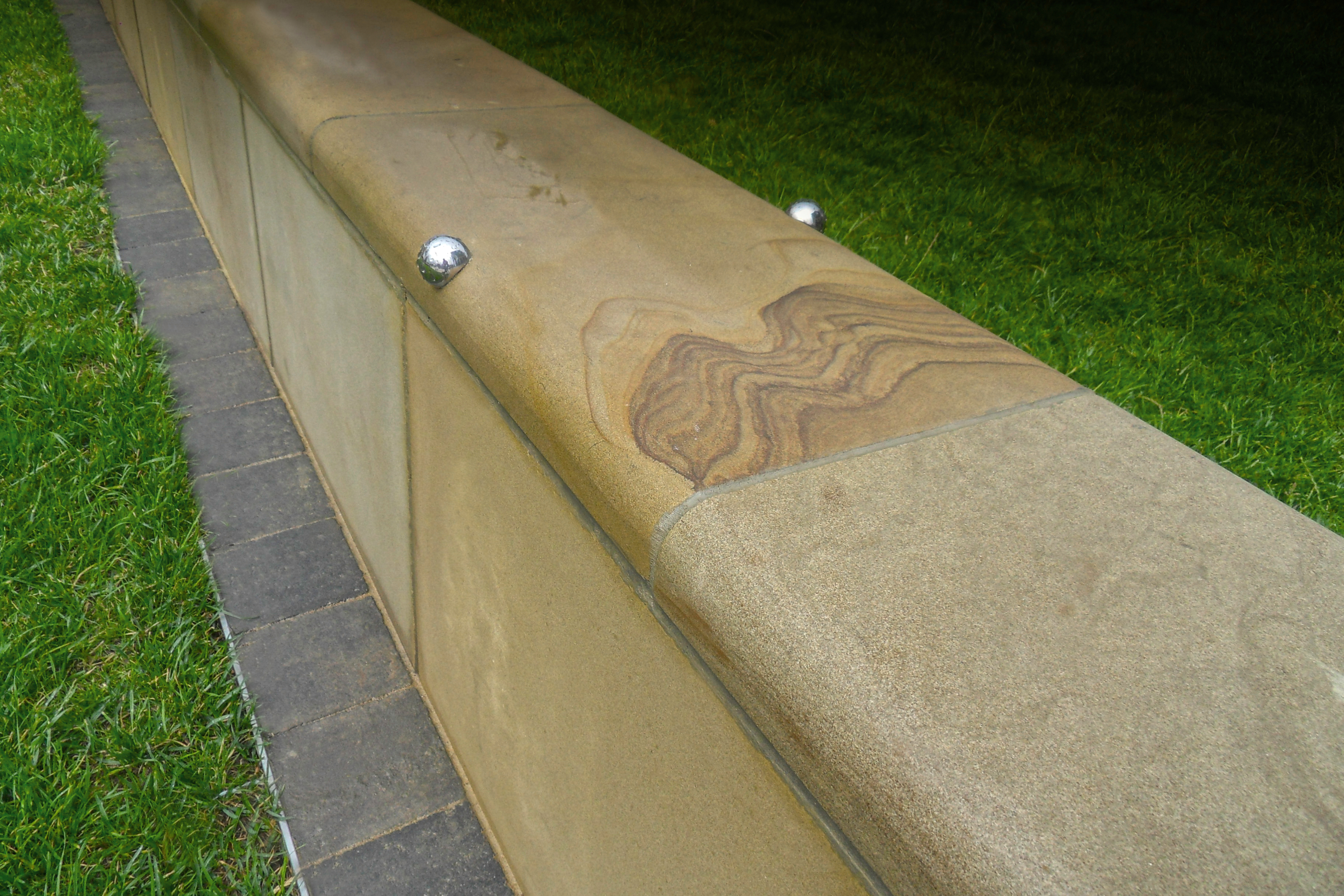 In the early stages, Newcastle City Council collaborated with business improvement district NE1 Ltd to clear the site and complete the garden’s layout. At the same time, the Council commissioned North East born sculptor Graeme Mitcheson to develop an original concept by the council’s landscape architect Richard Barnes. Graeme, a lifelong Newcastle United supporter from Ashington, who now lives and works in Leicester, was completely honoured to undertake the project with the council.

Hardscape supplied Woodkirk sandstone cladding for the walling with stainless steel anti-skate studs along the bull-nose edges of the copings. The five artscape-style stone sculptures, each one representing an era of Sir Bobby’s life, were beautifully developed and executed by Graeme and the team led by landscape architect Richard Barnes. Sir Bobby’s widow, Lady Robson, said at the time: “My husband took great pride in his own garden at home and my family and I feel this is a very fitting memorial to him.

“We’re very grateful to everyone who has helped make this garden a reality and look forward to seeing it develop and grow over the years. I hope people enjoy spending time there remembering Bob with affection.”

Cllr David Faulkner, Leader of Newcastle City Council also stated at the time: “This memorial garden is a fitting tribute to someone who has played such an important role in the life of this city. Sir Bobby was well respected around the globe and his legacy will live on through this memorial sculpture and the wonderful work which continues to be done by the Sir Bobby Robson Foundation. 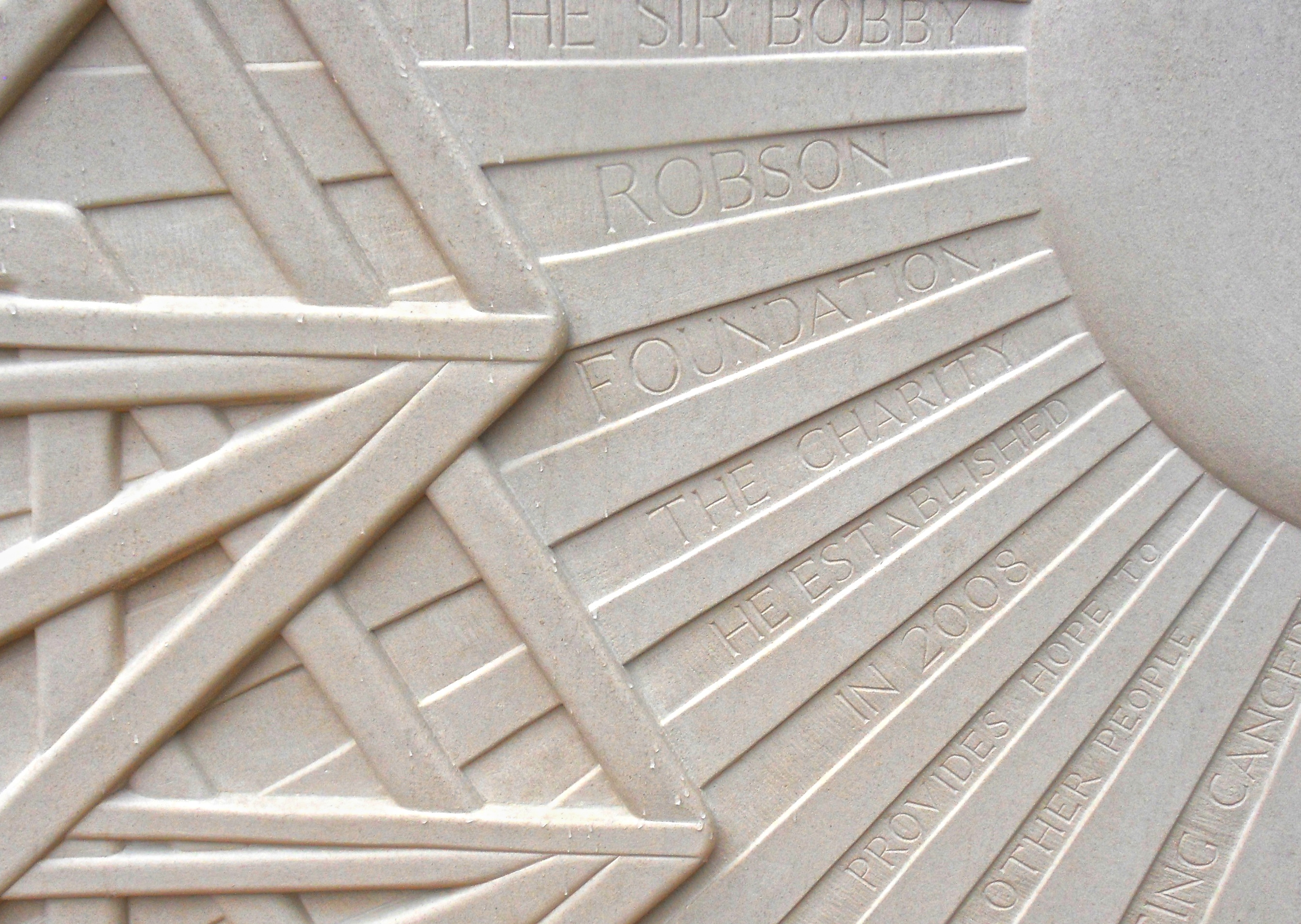 “Sir Bobby was such an inspirational person to everyone and was a well respected ambassador for this region. I am delighted this work is now being unveiled. It’s a tremendous achievement and I am sure it will be enjoyed by future generations of the football fans everywhere when they visit Newcastle.”

Adrian Waddell, Director of Operations at NE1 Ltd, added: “NE1 Ltd is delighted to have played its part in commemorating the life and works of Sir Bobby. We sincerely hope, given the garden’s prominent position and its links with Sir Bobby, that the tens of thousands of people who use the garden particularly on match days, will both enjoy and respect it and that the Sir Bobby Robson memorial garden will become a much loved landmark in the city centre.” Sir Bobby died in July 2009 following a long battle with cancer. His charity, the Sir Bobby Robson Foundation, has so far raised more than £9m for other sufferers in the North East.